Students from the Lycée de Garçons d’Esch-sur-Alzette (LGE) in Esch organised the sale of home-made pastries during the breaks from 21 October to 12 November 2019. The proceeds were in favour of Ludmila Bazhenova and her grandson Danil. Both are war refugees from Donetsk (Eastern Ukraine), a city occupied by pro-Russian separatists. 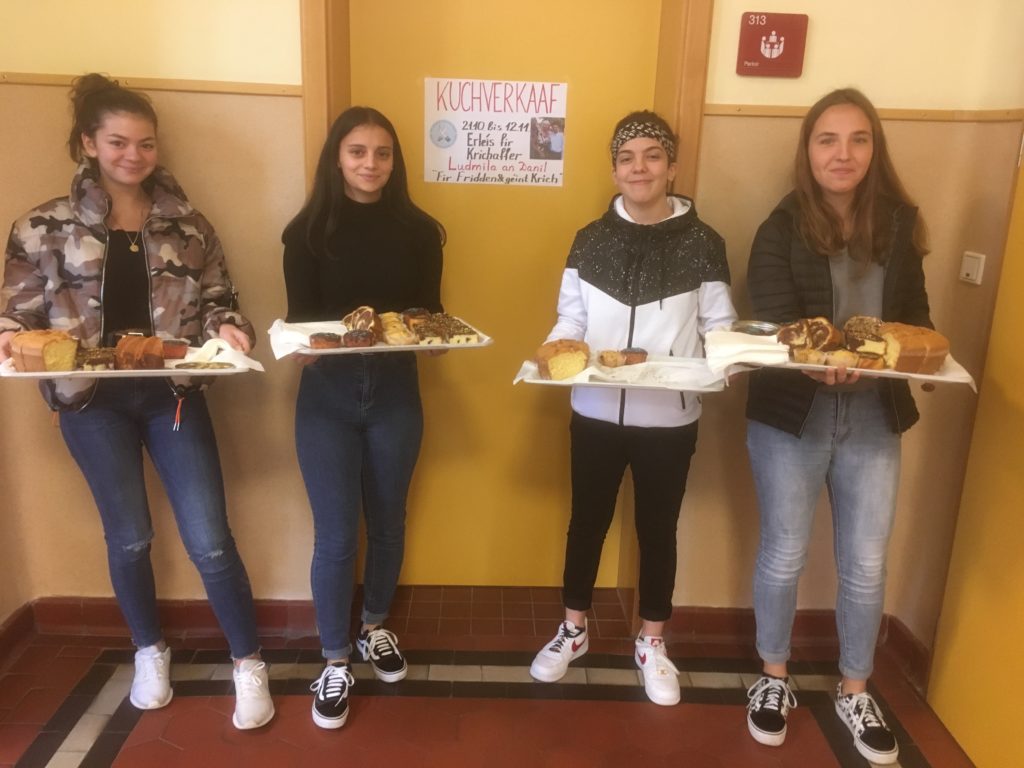 Until the end of October, both were helped by Caritas in Dnipro. This aid organisation has passed on this difficult situation to us, in mid-October, from the seventy-year-old grandmother Ludmila and and her grandson Danil, who is twelve years old. Both fled from Donetsk in 2017 because the family situation had become untenable for the grandmother and the child.
Danil’s mother gave birth to a handicapped child in 2014 during the bombings. The father, not the natural father of Danil, was sent to prison where he was tortured for months by the separatists. During forced labor in the open air he managed to escape and he came back to the family in secret. But, he became so mentally unstable that he constantly beat Danil. The grandmother could not stand this difficult situation any longer, and since she found no help in the occupied zone, she decided to flee with her grandson. They escaped without any problems through unguarded mine-filled fields, into free Ukraine to safety and reached the city of Dnipro.

During the first year, however, all their money reserves evaporated without them being able to stabilize their situation financially. Finally they asked for help from the Greek Catholic community and Caritas. The latter asked us in mid-October if we could help on our part.
In order to guarantee this help for the two refugees, we visited a dozen classes of the LGE, during the subject “Life and Society”, to explain to the students how a war destroys a family in the long term. But we also explained that every student can help this family if they participate in a bake sale. In every class there were students who were willing to help.
During the breaks the students and the teachers could taste delicious cakes for two and a half weeks for 1€ a piece. The sale generated a total of 650€. With this money we will pay Ludmila and Danil the rent of an apartment until April 2020. Until then Caritas hopes to find a way out for the two refugees.