During the academic year 2022-23, our association “Ad Pacem servandam” (Serving Peace) is supporting Sanja Hlubna in her interreligious studies in Sarajevo with a scholarship funded by the sale of Ad Pacem 2022 calendars.

Sanja Hlubna was born in 1979 in Sarajevo (Bosnia-Herzegovina), grew up in Split (Croatia) and lives and works between the two cities of Zagreb and Sarajevo.

Since September 2021, she has been attending the Interreligious Studies programme at the University of Sarajevo.

Studies at the Academy of Performing Arts

After graduating from high school, Ms Hlubna took the entrance exam for the very demanding study programme “Intermedia Management” (theatre, film, radio and television) at the Academy of Performing Arts in Sarajevo, which she successfully completed.

During her studies at the Academy, her teachers asked her to work with others on documentaries about the coexistence of religious communities in Sarajevo. During this filming, Ms Hlubna came to understand the importance of interreligious and international dialogue in Sarajevo. It existed during the war years of 1990, was controversial and has remained a reality in Bosnia and Herzegovina ever since.

After her academic training and master’s degree in filmmaking, she has since written a dozen documentaries and two novels.

During the shooting of some of her documentaries (Renata’s Passion, Immortal Diamond), she was confronted with religious themes that deeply impressed her. During this period of documentary filmmaking, she became increasingly interested in theological topics and decided to study them. She faced existential questions such as “What is the meaning of this life?” She was faced with the question of whether she should, like most people, live a good middle-class life or rather dare to revolutionise her existence.

Sanja is currently studying “Interreligious Studies and Peacebuilding” at the Faculty of Catholic Theology at the University of Sarajevo.

She cannot help but be pleased that this unique study programme exists in her country. This master’s programme is supported equally by three theological faculties: Faculty of the Catholic Theology in Sarajevo, the Faculty of Orthodox Theology in St. Vasilije Ostroški in Foča and the Faculty of Islamic Sciences in Sarajevo. In her opinion, this is the best thing that can happen to peacebuilding in the complex, international and inter-religious living space of Bosnia and Herzegovina. Without reconciliation and dialogue between religions, there is no peace between the people there.

Why are interreligious studies important?

Sanja describes his current interreligious studies as follows: “Through my studies, my teachers have taught me a lot about the understanding of the fundamental Islamic, Orthodox and Catholic texts and their application in interreligious dialogue and cooperation, as well as the ecumenical and peace-making dimensions of these theological teachings.

I also learned the importance and sensitivity of my own words and those of others, and how it is inevitable, to build peace, to really listen to others and not only to oneself.”

Sanja does not want to give up advocating for the peaceful coexistence of the different religious communities in her country. The study of theology helps her because spiritual experiences are combined with active peaceful action in everyday life. She writes: “Theology looks for ways to rediscover and connect humans. Not only in the contemplative and theoretical realm, but in the application of what life itself is. Our research in theology (as I understand it) is what theology itself asks of us as doctrine and action. It is not a one-way street of spiritual commitment and growth – but it is all relational.”

Sanja sees herself as a peace activist in her country, where a quarter of a century after the end of the war, there is still no general peace. She says: “Yes, of course. I have not yet given up my great desire to change the world and thus bring peace to Bosnia and Herzegovina. Even if it seems a utopia in such a divided society, with fresh wounds from the recent war, because our society is subject to the Dayton Agreement which is not a truly humane constitutional framework for a happy life for all peoples and citizens of Bosnia and Herzegovina.”

What does Sanja Hlubna want to do after finishing her studies?

She wants to work on a theoretical concept to improve social coexistence in Bosnia and Herzegovina which she based on the book “Moral Imagination. The Art and Soul of Building Peace” by peace researcher John Paul Lederach. She writes: “I am working on creating a theoretical concept […] to build a better society in Bosnia-Herzegovina. But we have to be realistic and follow closely Lederach, who says that interventions to build peace in Bosnia and Herzegovina have to be carried out in episodes, in individual areas, step by step, and not in a general way and at once on the whole territory.”

In this, she is also inspired by St. Francis of Assisi, who said, “Don’t just look at the worst… think about what I can do, what we can do to help others; my family members, my neighbours, the town and the community.” Better practices are essential for building peace and a better society.

Sanja Hlubna is also currently the creative director of the anti-war project “The Girl with the Matches Will Survive”. 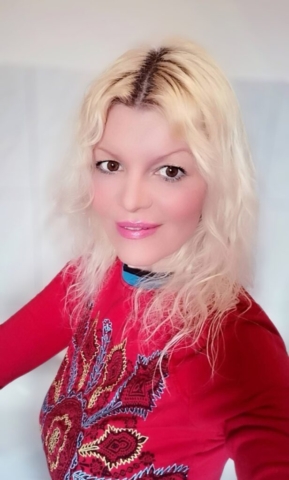 During the academic year 2022-23, our association “Ad Pacem servandam” (Serving Peace) supports Marina Knezević in her interreligious studies in Sarajevo with a scholarship funded by the sale of Ad Pacem 2022 calendars.

Theological and philosophical studies – a journalist for religious radio programmes

Marina Knežević was born in 1978 in Zavidovići, a small town in Bosnia and Herzegovina, where she finished high school. She completed her philosophical and theological studies at the Faculty of Catholic Theology in 2003 in Sarajevo on the subject “Abraham, the origin of faith and dialogue”. In the same year, by the decree of the Archbishop of Bosnia Vinko Puljić, she was sent to Radio Television of the Federation of Bosnia and Herzegovina. Since then, she has been contributing to religious television and radio programmes to spread important messages of peace and to establish a dialogue between the important religious communities in the country.

Why are interfaith and interreligious studies so important to her?

For Marina Knezević, interfaith studies are very important because they enable communication and information between people from the three religious communities: Roman Catholic, Serbian Orthodox and Muslim.

Abraham’s “hope against hope” has guided Mrs Knezević in her media work for nineteen years. To fulfil this programme, she says: “For my assignment on radio programmes, I try to immerse myself in spirituality, piety, catechetical contents and all topics related to ecumenism and interreligious dialogue. I want to deepen my knowledge of the life and activities of other religions and religious communities, but I also want Orthodox and Muslims to know my Catholic faith through my work. I think that every religious programme on radio and television should have these objectives to bring believers and non-believers closer together and to emphasise respect between different communities.”

Since 2003, she has been working as a religious programme editor trying to promote respect between religious communities.

What does Marina Knezević want to do after her interfaith studies?

Ms Knezević considers that the skills and competencies she acquires during the master’s degree in Interreligious Studies and Peacebuilding are extremely important for her personally and for the journalistic information she produces in radio programmes. She is indeed aware that the media plays a great support in conflict management and peacebuilding in Bosnia and Herzegovina. Interreligious studies and peacebuilding will help her to continue her journalistic research to emphasise the importance of ecumenism and interreligious dialogue in the country.

This is an important component for real political coexistence to succeed to some extent.

In the future, Ms Knezević will also follow the Inter-religious Council, which has many projects related to peacebuilding. And in the media, she will enable people to witness peaceful coexistence.

During the academic year 2022-23, our association “Ad Pacem servandam” (Serving Peace) is supporting Kerima Šljivo in her interreligious studies in Sarajevo with a scholarship funded by the sale of Ad Pacem 2022 calendars.

A father dies in war – Studying Islamic theology in Sarajevo

Kerima Šljivo was born in 1991 in Jajce, a small town in central Bosnia. She grew up with her mother, as her father died in the war in 1992. This war, in which different religious communities clashed, is also the reason why she wants to feel connected to other religious communities.

Kerima graduated from the JU Gazi Husrev-begova medresa in Sarajevo, which is one of the oldest educational institutions in Europe. She then studied Islamic theology at the Faculty of Islamic Sciences in Sarajevo. She now lives in Sarajevo.

Why are interfaith and interreligious studies so important to her?

As a Muslim woman, interfaith dialogue is very important to her, because the first commandment of Islam is to study. All monotheistic religions aim to create peace, which should be the basis for mutual trust. And Kerima herself wants to witness this unique love between religious communities. She believes that “interreligious dialogue is the backbone of the spiritual and traditional concept of Bosnia and Herzegovina.”

What does Kerima Šljivo want to do after her interreligious studies?

After successfully completing the master’s programme “Interreligious Studies and Peacebuilding”, Kerima hopes to gain a better understanding of fundamental Orthodox, Roman Catholic and Islamic texts, dogmas and their application in interreligious dialogue.

It is also important for her to understand why and how theological studies can be crucial to becoming a peacebuilder. And for her, it is also important “to improve skills in dialogue, mediation in individual and collective conflicts, trauma processing and reconciliation”. After this interfaith study, she wants to work with young people to help them regain trust during the post-war period in Bosnia and Herzegovina.

“The key point – she says – is that the society I live in now is still traumatised, and I want to help overcome and heal these traumas.” 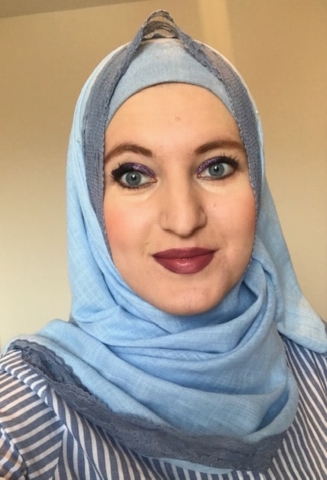