Our non-profit organisation “Pour la Paix et contre la Guerre” financed and sent in 2019 all the musical instruments to a group of young people who want to oppose music to war.

Avdiivka is an industrial town in Ukraine, which borders the town of Donetsk controlled by pro-Russian militias. In the pre-war period, i.e. before 2014, cultural life was mainly concentrated in Donetsk. In Avdiivka there were only factories and dormitory towns. Since the summer of 2014, the inhabitants of Avdiivka have been living close to the front line.
A Ukrainian-patriotic couple, Svetlana and Oleksiy Savkevych, have been working since the beginning of the war to promote leisure activities for the young people of their town. In May 2018, they even managed to organise a festival of Ukrainian culture in Avdiivka.
This festival generated great interest in music among young people. That is why Oleksiy wanted to find and set up a music room for young people. It should be a space where young people could meet each other away from the streets and war, learn from each other and make music together. 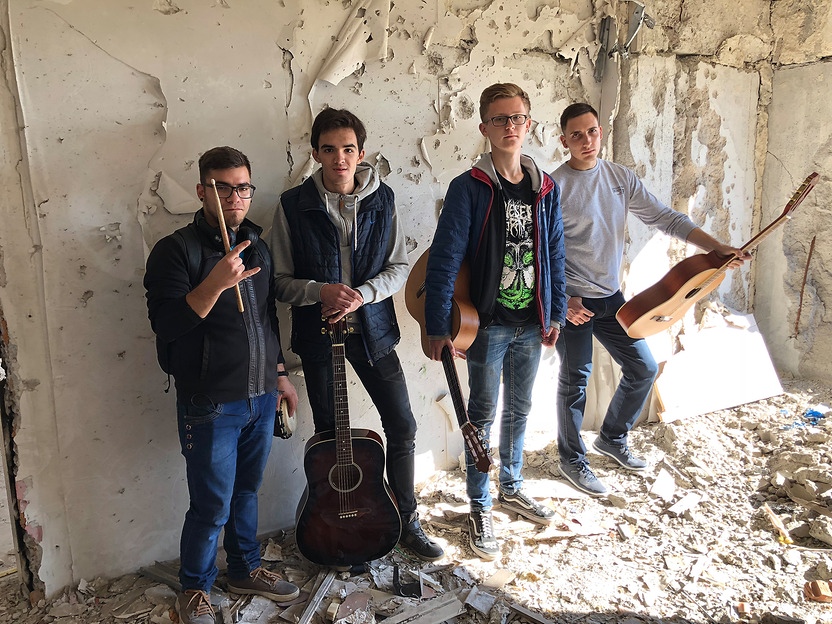 In the beginning, the young people met in garages and abandoned houses and formed a rock band. They had poor quality guitars and only one old drum kit, which a local woman had given them as a gift. Broomsticks were used to hold the microphones. Oleksiy asked the city council and political leaders to give him a room where young people could continue to make music.
In December 2018, our association contacted Oleksiy Savkevich and offered to organise a charity concert for the benefit of young musicians in Avdiivka, so that the instruments could be financed. We then invited Oleksiy and his daughter Marika to our home. On March 24, 2019, we organized a big charity concert in Villerupt (France).
The day before, on 23 March, at the end of the mass in the church of Bascharage, Oleksiy spoke about the dangers and difficulties of daily life in Avdiivka, his hometown near the front. On this occasion, people also made donations to the project.
Thanks to the donations from Bascharage and the profits from the charity concert in Villerupt, we were able to buy the following equipment: three electric guitars, two acoustic guitars, a bass guitar, four amplifiers, a keyboard, a mixing table, two microphones, two stands and the necessary cables. The material was sent to Avdiivka at the end of December 2019. In the meantime, a large room in a school in the town has been made available to the young people for their “music room” project. They have renovated this room, and since January 2020 they have been playing music there in peace and freedom. 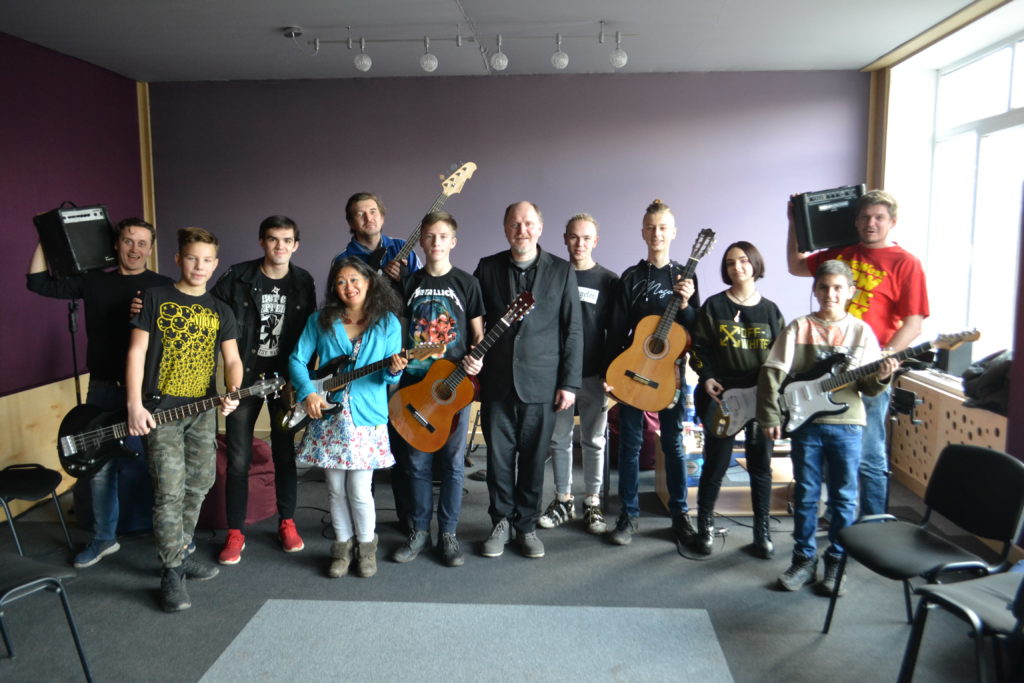 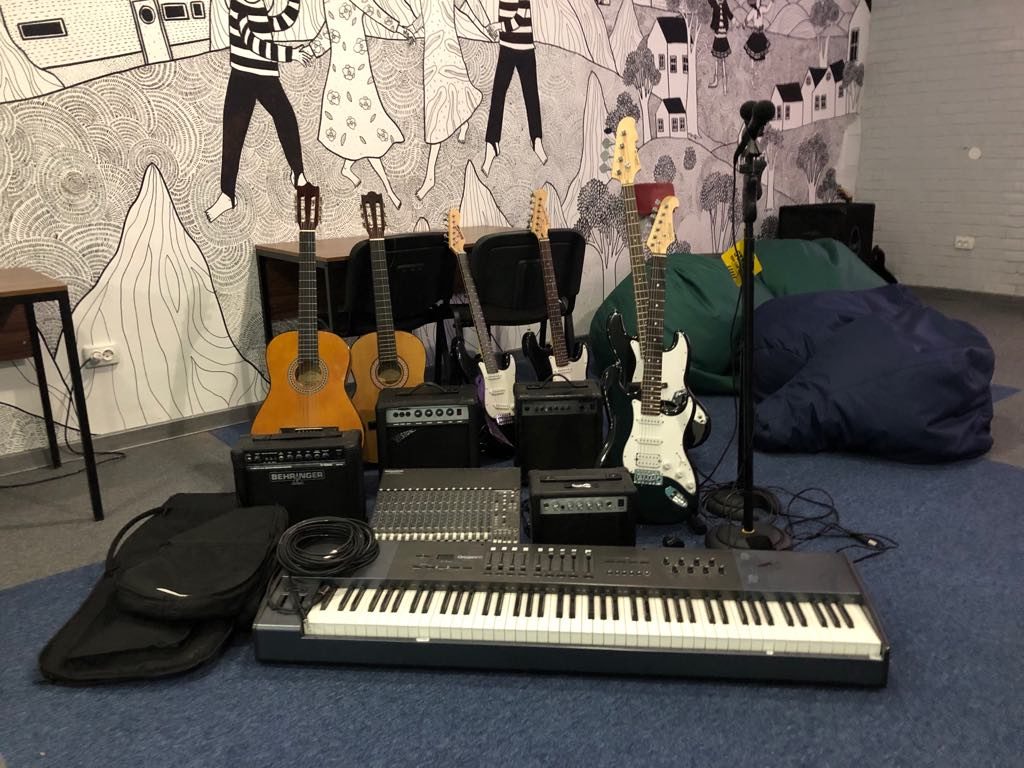